Posted at 16:59h in Reviews by prismaadmin
When you stumble upon the opening titles of this short movie you expect to see an historical reconstruction of World War II and its horrors. Telling the story of Franciszka Mann, a Polish-Jewish dancer who was internet in Auschwitz and managed to shoot and kill a nazi officer before her untimely death, this short film completely twists all the expectations you had before playing it.

Instead of telling a story using the traditional language of screenplay, text and dialogue, it mixes cinematography with another language, that of dance, which, thanks to a very pleasing choreography and music, tells the story of these dancer using only the body of the leading actress – which is also a dancer.

The purpose serves the film very well, because, thanks to the sound editing and mixing, you actually end up imagining the whole story through the movements and the body language of the dancer, without the need to actually see them represented in a traditional form. Colors are also used to divide the sequences and the “acts” of this dance, and costumes complete the evolution from beginning to end, where the leading characters stands naked like a Botticelli’s Venus that is born again through her dance.

This structure creates a cinematographic hybrid between music video, dance and cinema, which is very well directed and edited. An unexpected and experimental way to approach storytelling which is overall very elegant and pleasing.
. 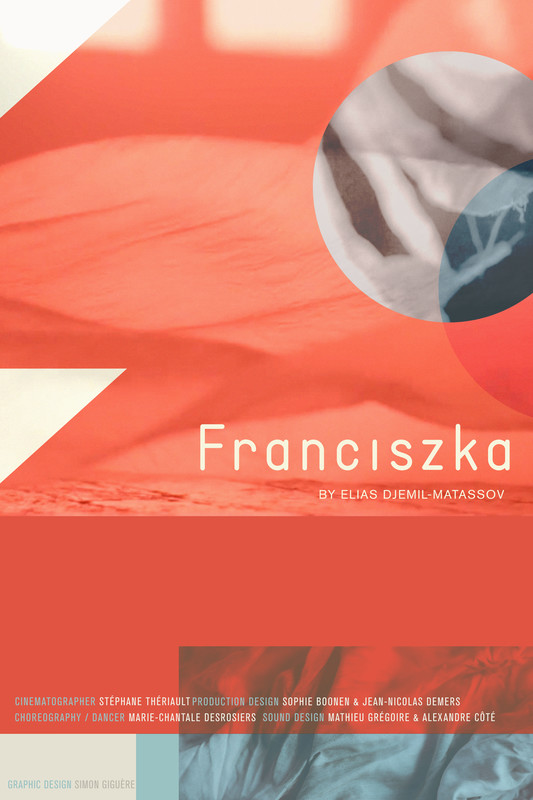