Posted at 16:15h in Reviews by prismaadmin

Shooting a nineteen minutes short thriller with such a low budget is very ambitious but somewhat risky. “Exhibition”, a french short movie by Fareed Kairon and Morgane Borg accepted this challenge and staged a psychological thriller about Isabelle, an aspiring photographer that takes on her apprentice to fulfill her desires and frustration.

What surprised us in this script was the psychology and acting of all the characters: their lines are very accurate and the actors are believable and well staged. You can totally identify with some of the mechanisms of frustration that you meet when you start building your way up in the arts world. The climax and the whole degeneration of the protagonist is something we can totally understand: “Exhibition” is a descent into our fear of failure.

There are unluckily many flaws in the cinematography: scenes are poorly lit even if the atmosphere is overall right for the screenplay. The film looks a little bit low-budget and visually amateurish.

Everything else works out just fine. Actors make a very believable performance and they have the right faces for the characters. They are very well staged and the film has an enviable rhythm that brings you to the end with low effort.

We hope that these two filmmakers will have the chance to shoot something with a higher budget and a troupe of professionals, to show us that they can stage some very good films. 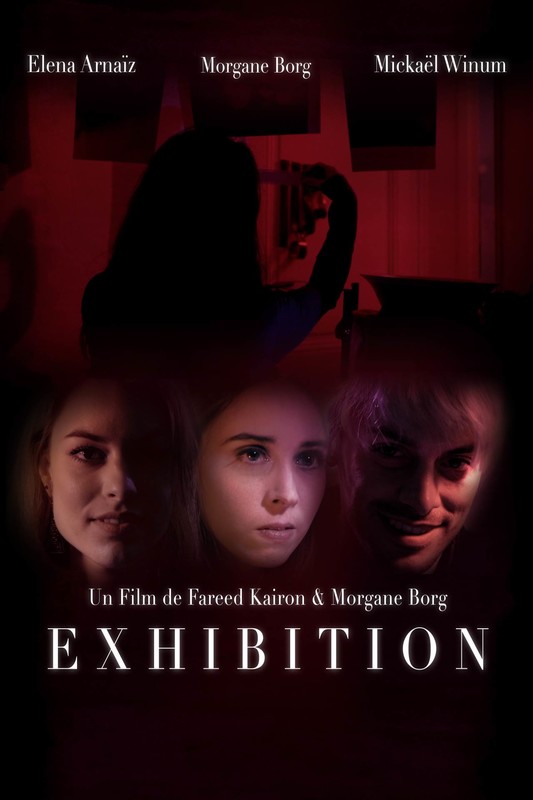