Posted at 15:54h in Reviews by prismaadmin

It is very hard to evaluate a working copy of a movie, with no mix or color. That said, it is still very clear what this movie has to offer and what its merits are, even if there is still some major work to do on image and audio.

“Drown”, an italian drama that is currently in its last phase of post production, it’s a beatifully acted film that delves deep into the protagonist’s loneliness and desperation.

What lies behind the untamed rage of its violent behavior is a history of frustration, isolation and disconnection from the mechanisms of the world that try to violate and deny his identity, the outside world that resembles an ocean in which the only way not to drown is to keep swimming against the tide, trying to float and stay up. But each of the actions the protagonist tries to do to reach a state of so called “balance” produce the opposite effect, increasing his state of alienation.

In this kind of stasis in which he seems imprisoned, it becomes almost impossible to show that sincere, fearless kind of love that would be his only way out.

We, as spectators, can just watch as everything drowns down into the abyss.

POST SCRIPTUM
(At last, an honorable mention goes to the best poster we have seen so far in this competition. ) 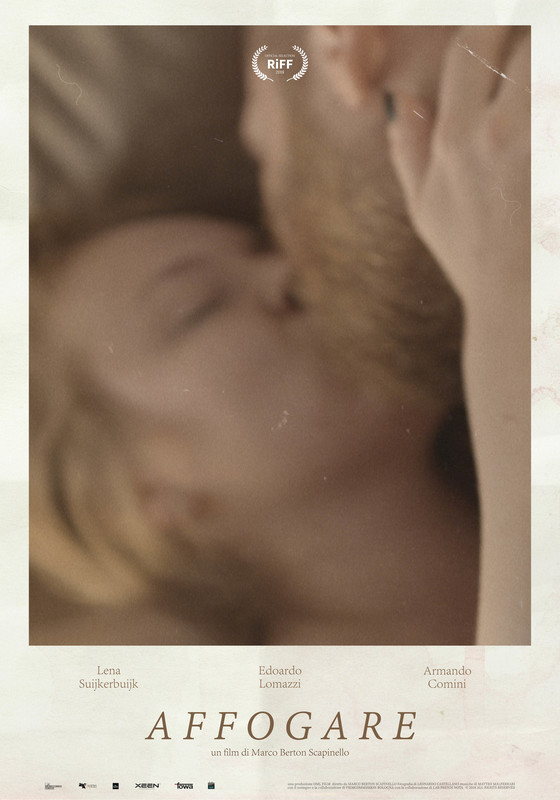