Death of a Saleswoman by Donna Wheeler

19 Ott Death of a Saleswoman by Donna Wheeler

Posted at 16:56h in Reviews by prismaadmin

In the independent film market usually what strikes the most is the ambition of the production where economical conditions are not the best for the production of a feature film. Particularly, experimentation and language innovations are what have created, during the last fifty, sixty years, the most interesting revolution in film language. We can think about the first films from the Nouvelle Vague or about the Dogma 95 movement. Not being able to have their film produced with full budget, they invented a style which has also become the most dominant part of the content of their movie.

Regarding this indie feature film made in a film school, “Death of a Saleswoman” – the title reminds us of one of the best dramaturgies in the american literature by A. Miller – we can notice straight away that there are some very good inventions and experimentations, from the titles to the choice of the format. The director of photography has really achieved an interesting look by choosing film (16mm) over digital and alternating between black and white and color film.

The style of direction is a mixture of more than one genre: above all others it is staged as a mockumentary, but it has moments of thriller movie language, of noir films and of comedy. The irony used in acting and writing makes it a very funny movie to watch, with a very peculiar style. Music composition also provides the right atmosphere to sustain the irony that pervades the whole film.

A minor flaw, if we have to find one, lies in the graphics of all the film, that, even if they manage to carry the irony behind every other aspect of the movie, they look a little bit out of style. Maybe it would have helped not to do them digitally but to do it in the old fashion of the film industry.

As the mystery of the plot unfolds we begin to get more and more curious about the killing of the saleswoman, and we have to admit that the film has more than one merit. It is difficult to find in a student film such a will to experiment and to find an innovative language, and in modern cinema form is just about everything. 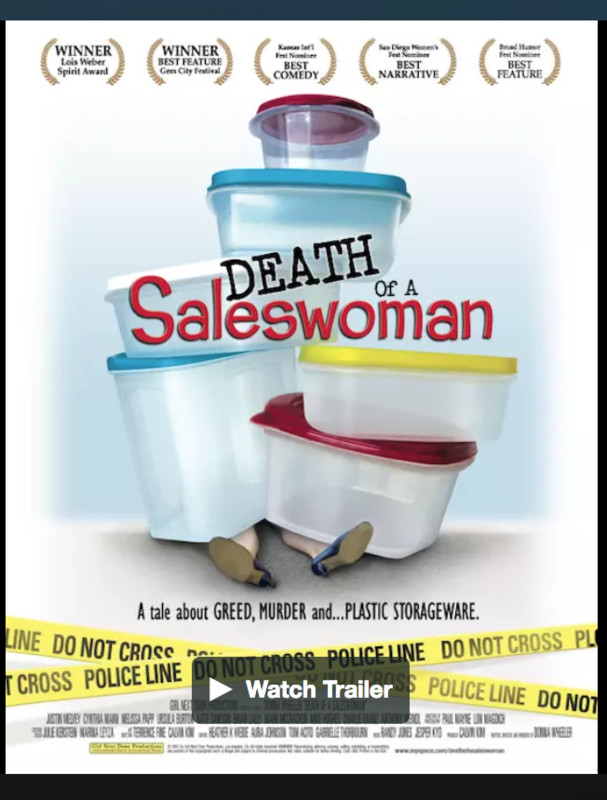