“As the sun rises” by Giordano Toreti

19 Ott “As the sun rises” by Giordano Toreti

Posted at 16:14h in Reviews by prismaadmin

One of the most popular genre in the short film market is surely the dystopian film: literature from the 20th century and the numerous theories about catastrophes, end of the world, totalitarian regimes stormed the imaginary of the western culture and created some of the most acknowledged masterpieces of the second half of the 20th century.

Many filmmakers now draw their ideas from those operas and, trying to write a criticism of today’s contradictions, they stage dystopian films. It is always interesting to watch how they develop, because usually they are made with low budgets and this means that the director and its team have to find a production solution to try to make as much as a realistic dystopy as possible.

In “As the sun rises”, the team put the protagonists of the story into blank, almost empty grey rooms, trying to represent a gigantic barrack in which twelve men are living, protected from a global war. The menace of a rocket hitting the barrack, announced by the operative system of their rooms brings these two character together through alternative reality.

Written and acted in english, this film uses a very lyrical language. Italian actors can’t hide the fact that that is not their original language: pronunciation is not perfect especially in the final scenes. Acting is overall very theatrical.

Set design has some interesting ideas but it maybe suffers from the lack of budget. Same goes for cinematography and color correction. They have a precise direction and the color choice puts the spectator in the right mood, but overall there are some technical faults.

The movie has some very good special effects, given the budget and the young crew, and the final soundtrack is very beautiful.
In today’s dystopian films panorama, “As the sun rises” is an interesting experiment that gives us the hope that more and more filmmakers will be interested in writing and staging genres that the italian cinema has long forgotten. 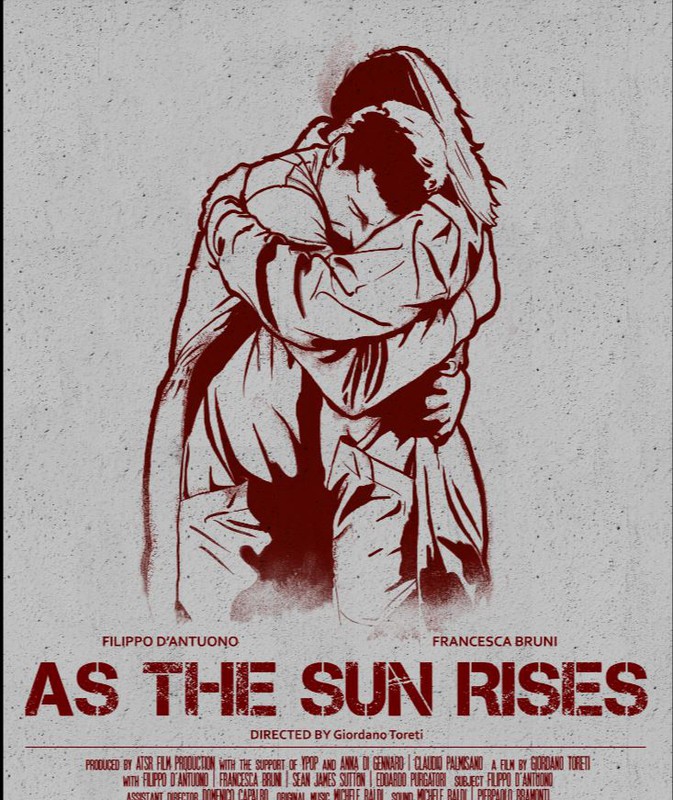