«I Wanted to Be a Butterfly» by Raquel Rose Potenza

Posted at 14:45h in Reviews by prismaadmin

«I Wanted to Be a Butterfly» is a beautifully crafted love letter to reminiscence and the preservation of memories, that unfolds like the flipping of a photo album narrated by the voice of its own protagonist.
The passage of time and the choice of a montage made entirely of interior scenarios, personal and universal at the same time, succeed in restoring an intimacy that is untouched by the pain of loss.

Her father’s battle with brain cancer prompts a young woman to retrace their life with the perspective of a butterfly, skimming from above the most emotional moments of her family’s history and restoring clippings, glimpses of light, and muffled sounds.

In transposing all this to the screen, remarkable is the work done by DOP Alper Kasap, whose work begins well before the filming, when he and the director devote themselves to preparing and choosing a location that seems suspended in the unreal and evocative time of memory.
Finally, «I Wanted to Be a Butterfly» is a gem of visual detail and incredible descriptive delicacy in reconstructing a sad story.
Light and shadow, life and death meet in the ambiguous, unreal and sincere space of memory, in which what is past continues to live on. 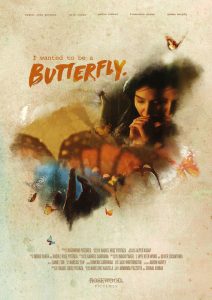