An interview with ANDRES RAMIREZ, director of “From Charlie With Love”

10 Giu An interview with ANDRES RAMIREZ, director of “From Charlie With Love”

Posted at 11:34h in Interviews by prismaadmin 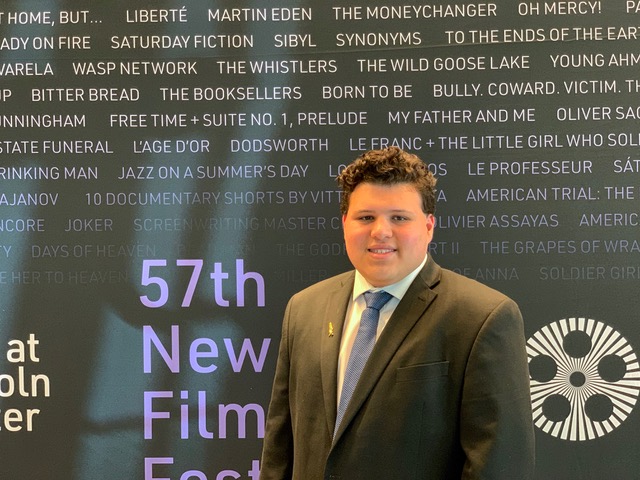 “I believe that cinema, as medium, is the only art form that mixes the best from all other mediums. Cinema is constantly evolving alongside its creators, leading us to produce films that will challenge our perspectives, and that will age and mature with us.”

Jose Andres Ramirez Ortiz is a Mexican independent filmmaker known as Andres Ramirez. While growing in the world of cinema and literature, Andres started writing short stories. Later, in his life, he moved on to Monterrey, Mexico, where writing and filmmaking became more prominent in his life. While he was in high school at Prepa Tec ITESM, he started his filmmaking career doing short films and music videos, during the summer he went to the Pre-College Program at CCA in San Francisco. At the end of high school, he went to Vancouver Film School, where he directed and produced his first short film in film school, “Why? (2016). He is currently working on distributing his successful short film “Frame,” which was presented at the Cannes Short Film Corner in 2018. At the end of 2019, he started a festival circuit run for his two more recent short films, “Shutter” and “From Charlie, with Love.” He is currently developing and looking forward to completing his next short film while he continues his film studies at New York University. 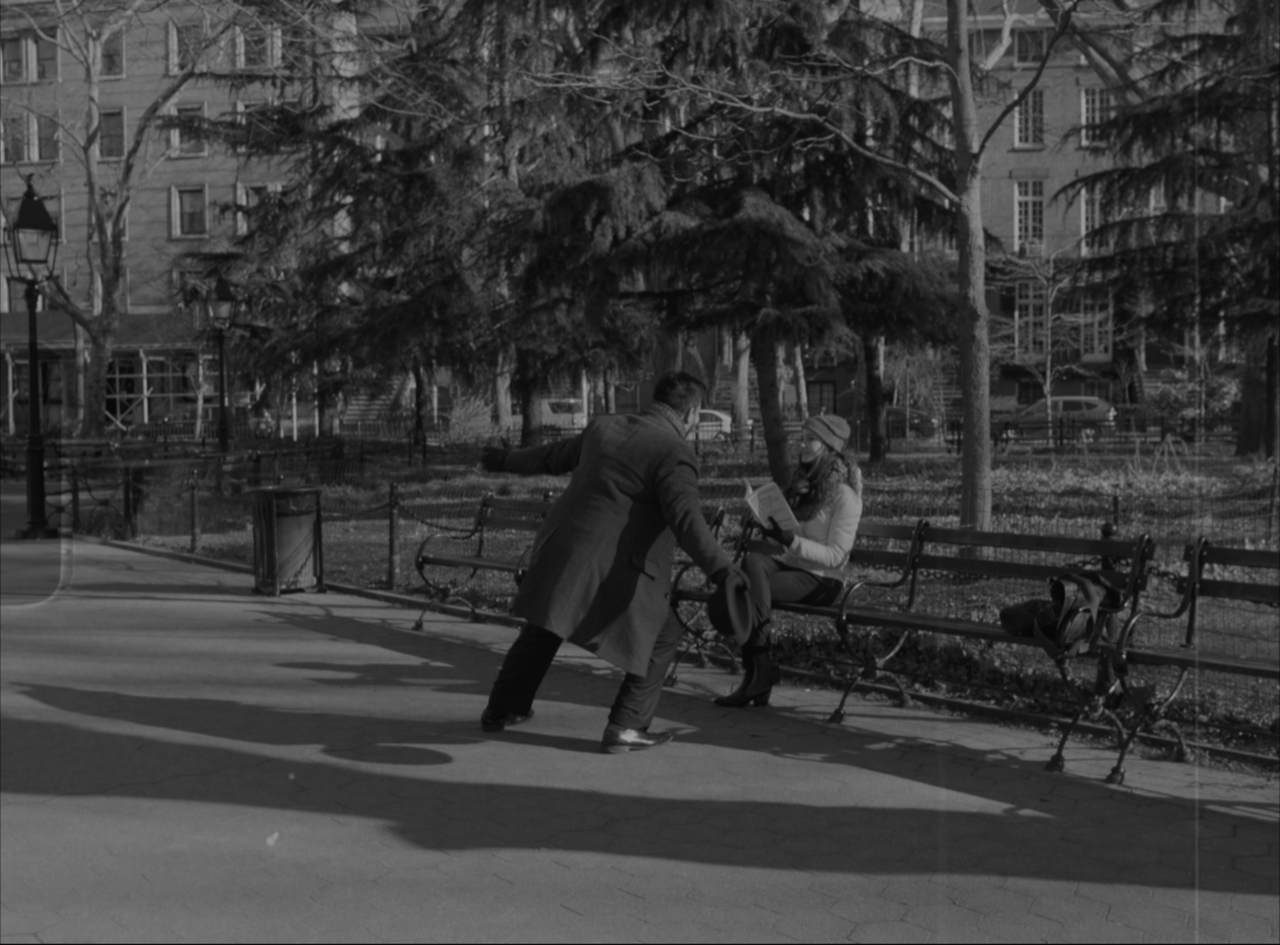 It is rare to find films like “From Charlie with Love”. The choice to shoot it as a silent film was a brave intuition, and the result is certainly a success. What made you choose this cinematographic language?

As stated in the credits this project was born as school assignment in New York University, where were challenged to shoot in Black and White and in a silent format. I remember that one of the creative challenges that I faced was trying to tell a story that fitted the limitations, that justified shooting that way and that did not make feel like a film that couldn’t be what it aspired to be. So, I started watching old Charlie Chaplin films, and the idea of “what if a Chaplin movie got lost in time and was released today, how would that look like?” came to me.  From that idea, I started writing the script and I came up with a very simple story where I knew the actors could have fun. From this point, all my decisions supported that vision.  My only hope is that people enjoy it, that they remember the importance of silent films, that they reflect on the meaningful contributions that Sir Charlie Chaplin brought to the industry, and that, maybe, they get inspired to go and see his films. 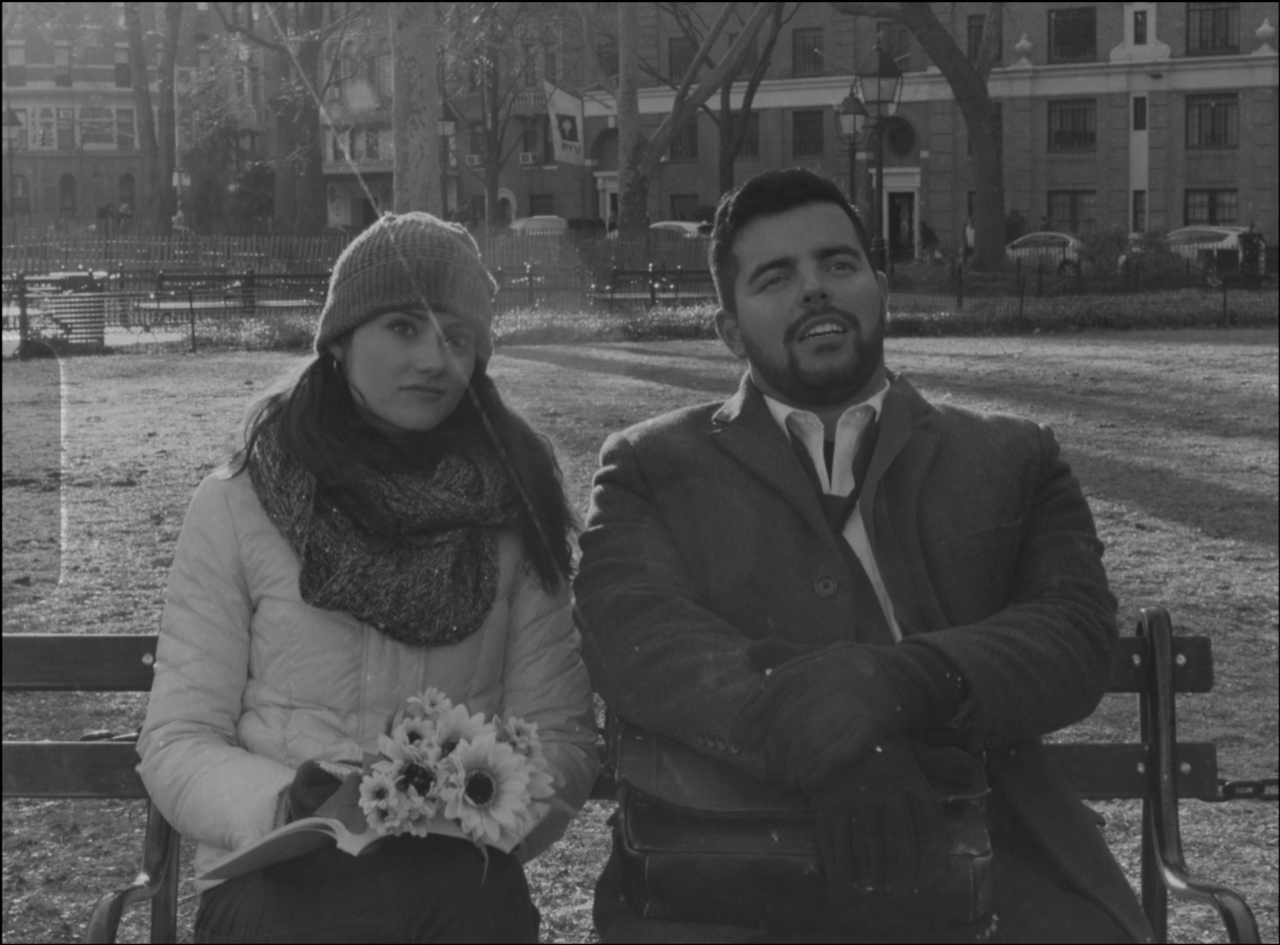 You feel great enthusiasm behind each of your projects and you are a director able to range between genres, styles and themes. Where do you think your directorial career will take you, what are the goals you hope to achieve?

Well, like I mentioned, I am still in film school and in the short term, I want to use my time creating new projects, and telling stories with as much creative freedom as possible.  I want to be versatile and push my limits working with different genres like thrillers, musicals and coming of age, among others. Also, I want to keep experimenting with different formats. My previous works have been in super 8 and digital, my next projects will be in 16 mm and VR. I think that the experience working with low budget projects will be beneficial to potential employers in the future. One of my short terms goals after completing my education is to pursue my first feature film, which I am currently developing. I hope that the small success I have had with my shorts, and that my hard work and determination will allow me to get this opportunity. Ultimately, I think that it is impossible to know where my career will take me, all I can hope for is to be happy and do my best to tell stories. 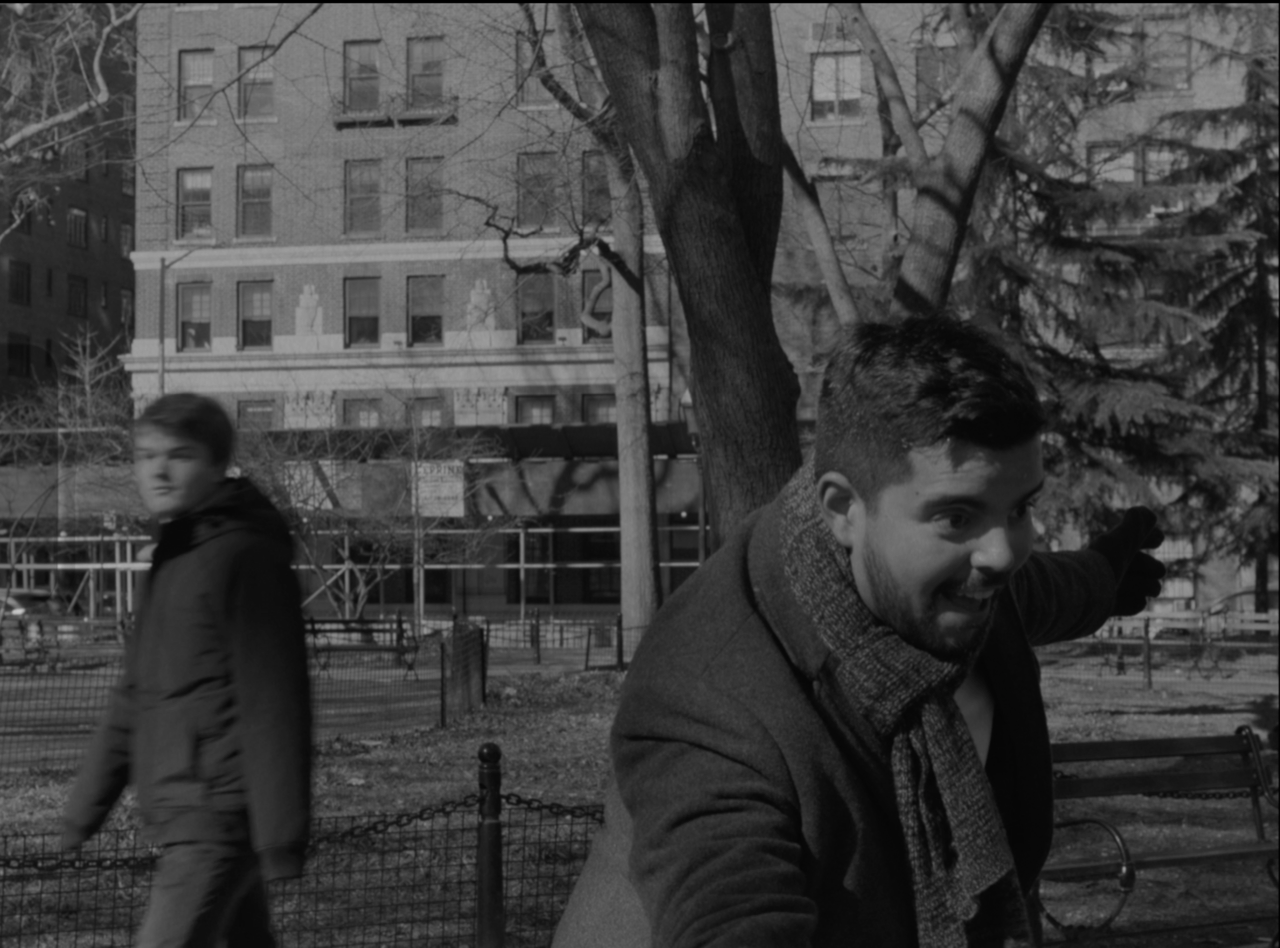 Despite your young age, you have already gained a lot of experience on the sets and these skills are evident in your films. How did your passion for cinema begin?

Since I recall, movies have been a part of my life, and I have always been fascinated by their magic. When I was a kid, I enjoyed reading a lot of books. Many of them were later made into movies. I grew up with franchises such as Harry Potter and Lord of the Rings. Growing with these influences made me get attracted to storytelling. For me, filmmaking is the perfect combination of storytelling and visuals. 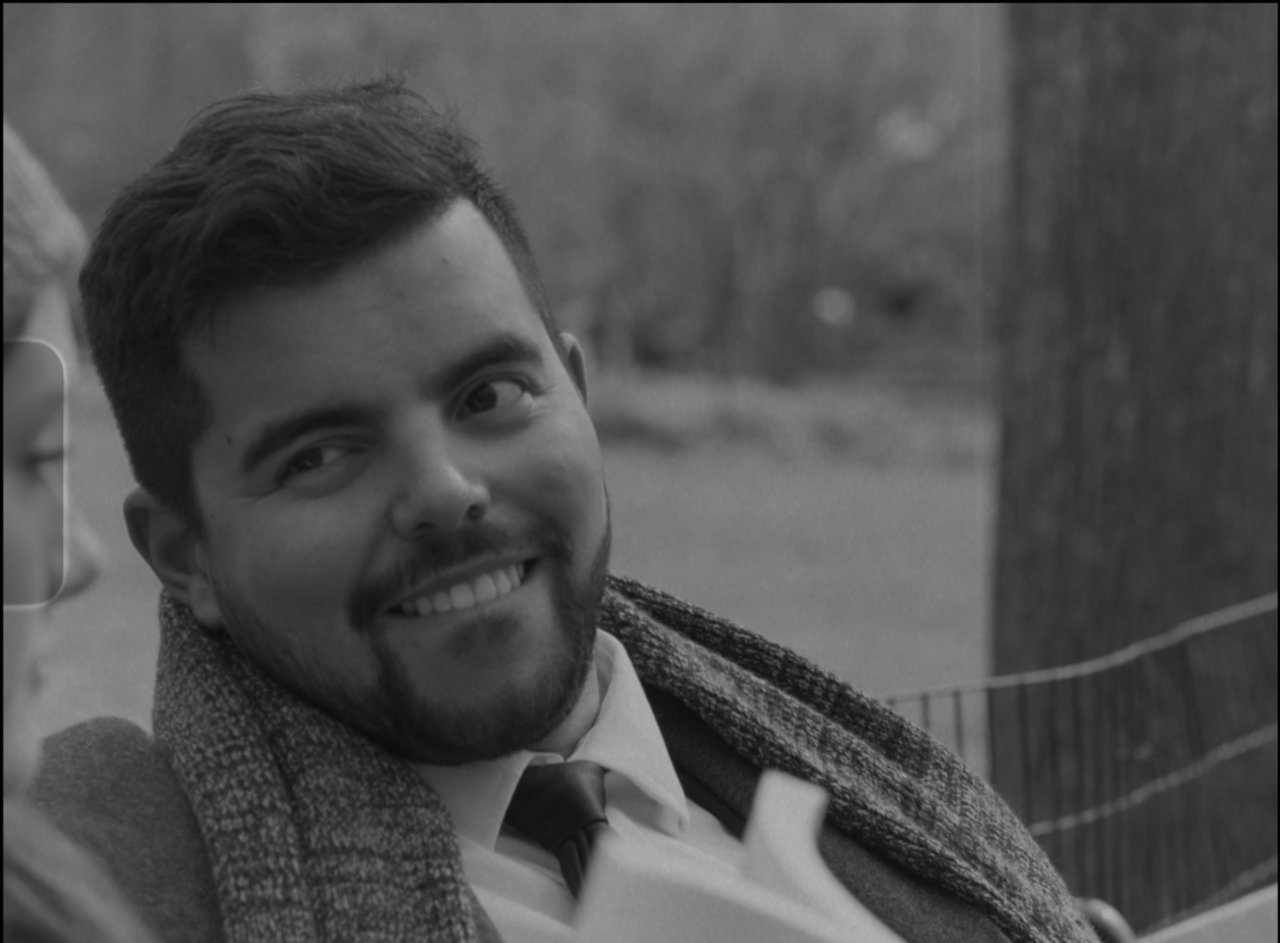 “From Charlie, with Love” is an extremely interesting film. It is also perceived that it was an “agile” project, at low cost and with great artistic value. Are you comfortable in the independent film industry? What do you think are the advantages of this type of cinema?

For the most part, I can say that I feel very comfortable with the independent film industry. I loved the intimacy from this low budget set, where some of the people I worked with have become my closest friends.  I also like the amount of creative freedom that Independent Filmmakers have. However, I think that that there are some challenges like the lack of resources, to find free locations and the struggle to find distribution. Despite these challenges, I think they allow us to uncover creative solutions to make our films more intimate, simple and agile, giving them artistic value. Because of these reasons, I hope to be part of this community for the following years. 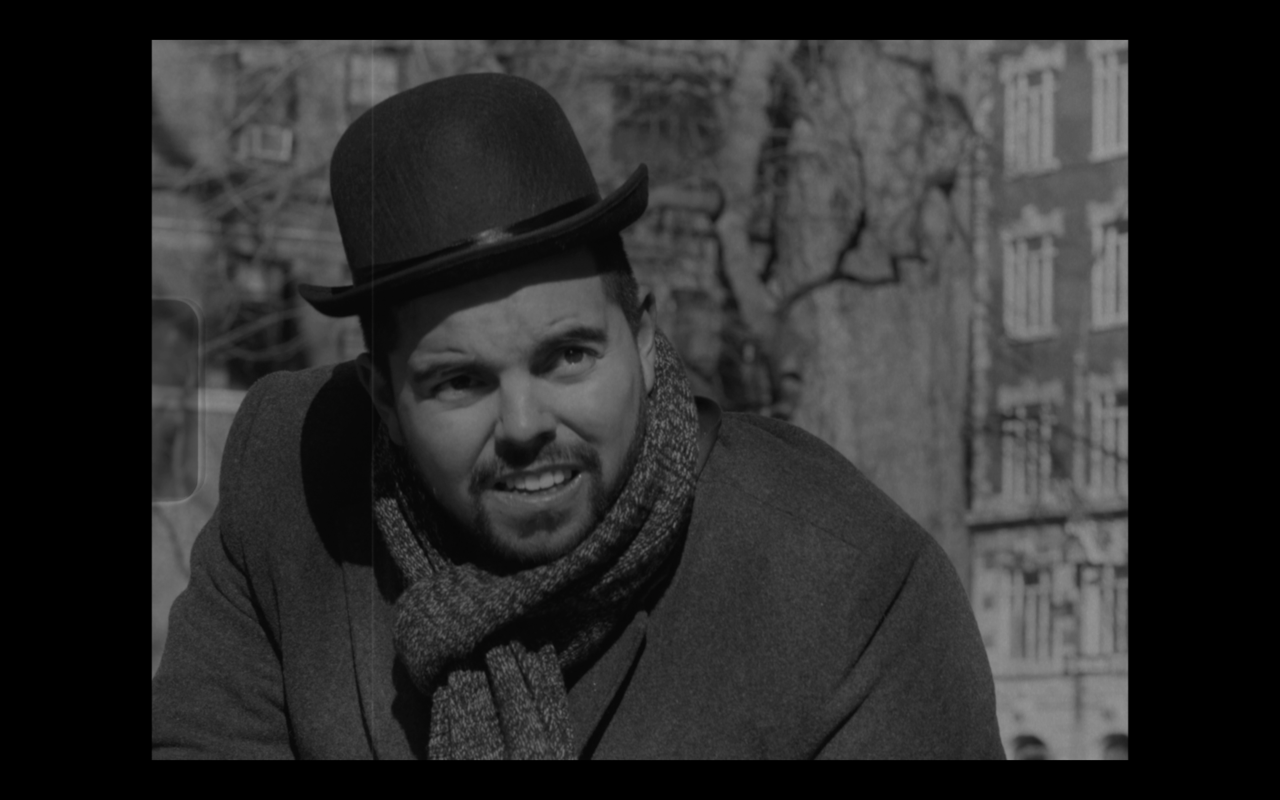 [a question to the composer, S. Adler]

Your composition scans the entire narrative and contributes to the narration of the story as if it were an element of the script. In this case then, your work refers to a rather complex phase in the history of cinema, that of the silent film. The originality and power of this song and the way it fits within the narrative are amazing. When you compose film music, which elements of the film do you start from? What is it that inspires you? And what is it that inspired you in this movie?

My score was inspired mainly by the love Andres and I have for the original Chaplin silent-film scores. I wrote this score as a work of pastiche, in an attempt to accurately capture the style of those original scores. My work was informed mainly by an understanding and imitation of the original films, but Andres and I decided early on that we wanted to include some more wide-ranging musical techniques, like character themes and musical mimicry between the score and film. There are a few themes that are near-omnipresent in the work, and I try to balance these with more singular musical materials that follow the exact narrative of the film more closely. Andres’ touching depiction of love seemingly lost and won made the job of accompaniment easy.